So, I was trying to make this by badgirlnails, and I failed spectacularly. My colors didn’t blend well because I’ve never tried to blend jellies before, and my glitter base was abysmal. Failure from step one and I should have known it! So when all was said and done and looked awful, I just stamped over it. and now it looks awesome 🙂 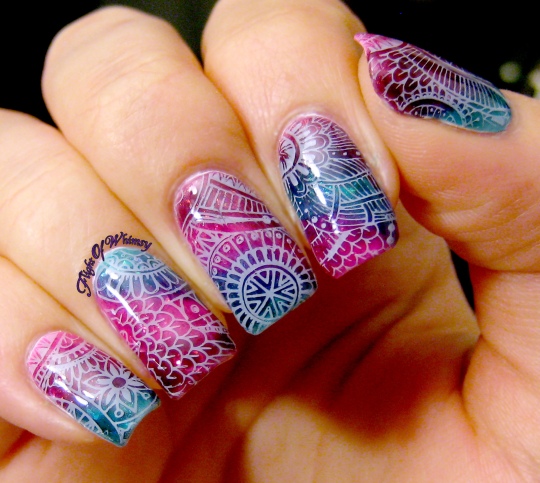 I started with a white base (Wet n’ Wild – French White Creme) and added three different glitters over it trying to get the density I wanted. I started with I Only Have Ice for You by KBShimmer but there wasn’t enough glitter even after two coats, so I hand-placed a few large circle holo glitters from the disaster that was I Snow You Love Me by OPI, and then added a thin brushing of Fame by ILNP. It looked awful.

I then tried to brush on, and finally dab on, my Zoya jellies. I’ve owned Frida for a while now, but I wanted more polishes for lead lighting so I bought Katherine and Paloma during their 50% off sale on black friday. While I love all three polishes, I think I’m going to stick to lead lighting rather than blending from now on! 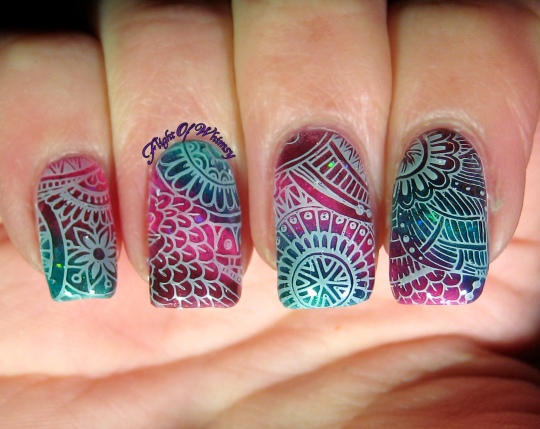 Once I had them all on and blotchy looking, I decided I hated it. But, I had plans in the evening and I couldn’t restart the whole mani…so I just grabbed a dense stamp (one of the Bundle Monster Shangri-La ones) and stamped at random. It came out pretty well!

I hope I’ll be showing you some actually good jelly manis in the not-to-distant future. This one might has well have been a standard non-jelly gradient! 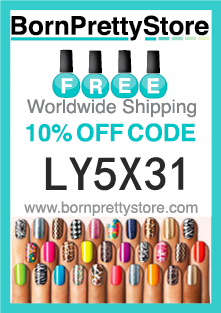 [or more accurately: the london years]

It's all about nail polish, colour and art.

Art is everywhere, even on your fingertips!